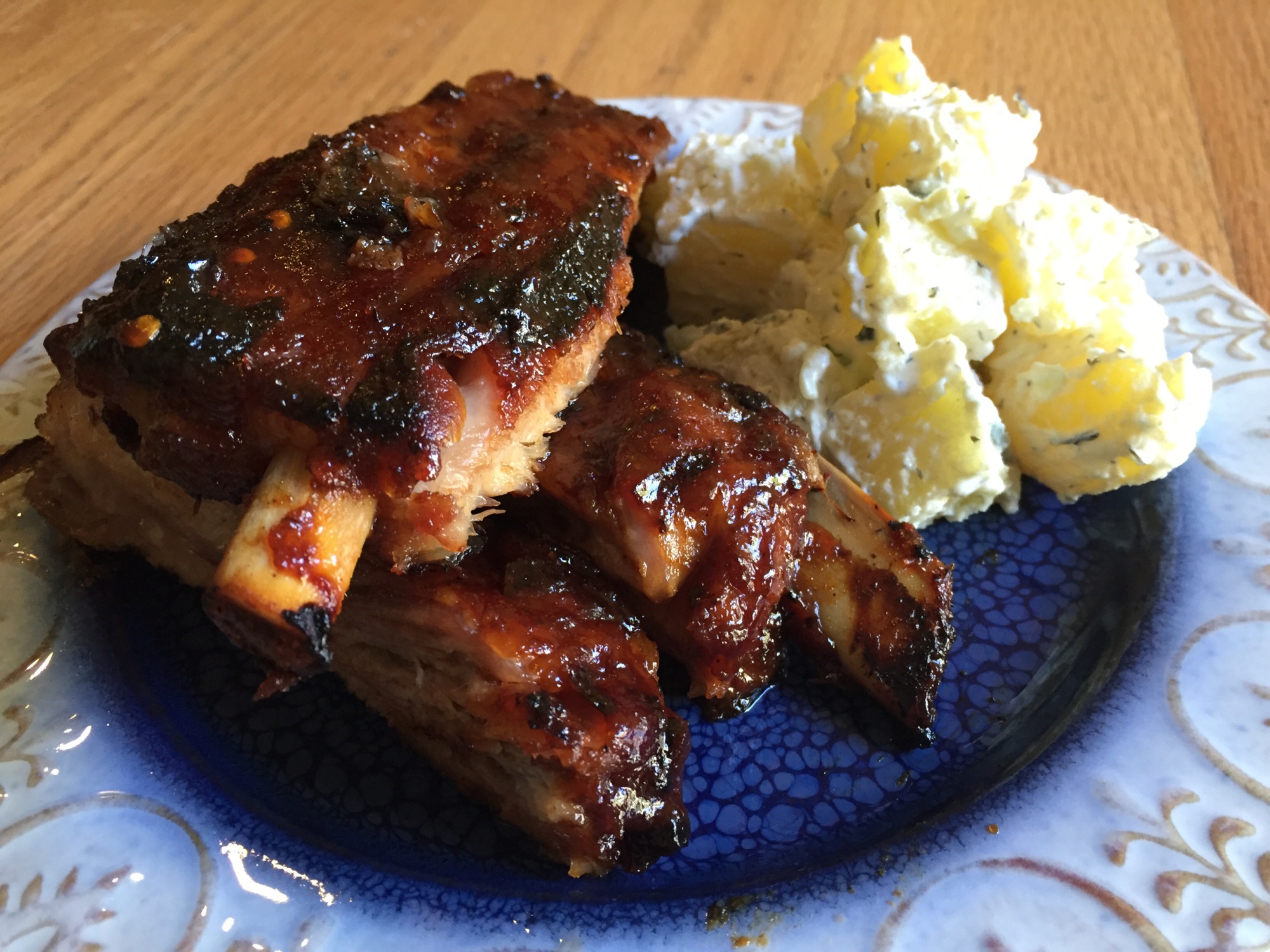 It’s the 4th of July weekend, which means it’s been one year since I started this blog! Where is the time going?

There’s nothing that says ‘Murrica quite like bbq ribs. Oh, except for bbq ribs smothered in homemade bourbon barbecue sauce. Every time I make bbq ribs I get tons of praise, and they are fall-off-the-bone tender. Also included?  The easiest potato salad hack ever. Here’s how to throw together 4th of July grub in no time at all!

Preheat your oven to 325 degrees. If there’s still some remaining film on the back of your ribs, trim it off and pat them dry, then sprinkle Lawry’s seasoning salt on both sides. Line a baking sheet or roasting pan with foil and place your ribs on to the pan. Take more foil and cover the ribs, folding the ends of the foil together to seal the ribs. Place them in your oven for about 2 hours.

Once they’re done in the oven, let them cool off a bit and brush barbecue sauce on the ribs. 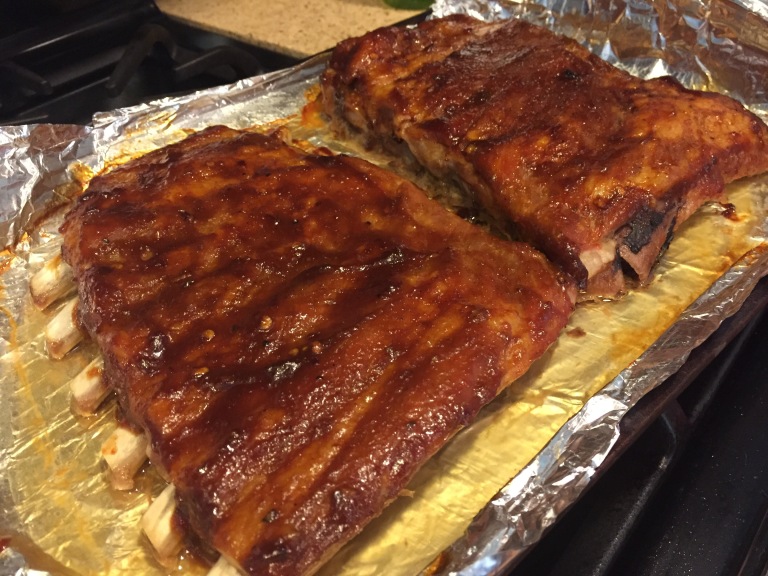 Take the ribs off the grill, brush lightly with sauce, and set aside to cool before cutting them. 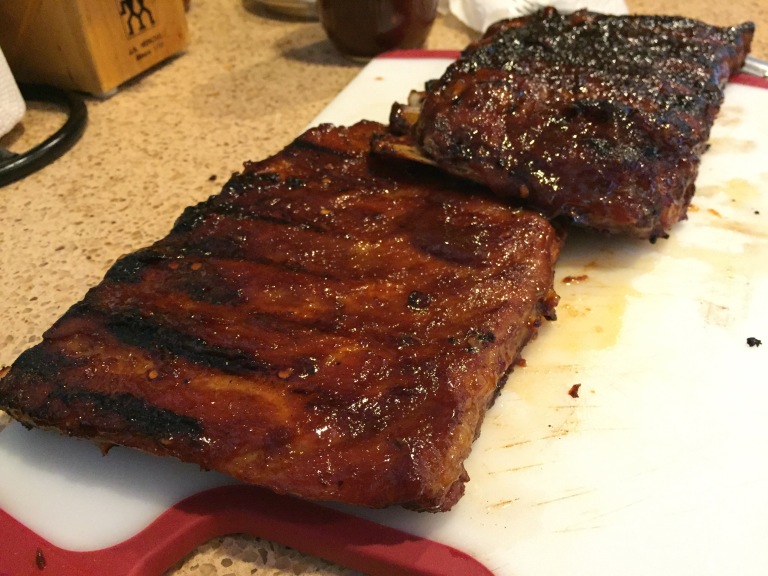 For your potato salad, just boil your potatoes as usual. Once they are fork-tender, remove them from the water and dice them into large cubes when they’re cool enough to handle.

Now the secret weapon: tzatziki sauce. This is a Greek condiment made with Greek yogurt, dill, garlic, lemon, and cucumber. It’s a fantastic dip, but it’s also great for cooking! You’ve already got all the components of what you’d throw in a potato salad, so why not use this stuff that’s all good to go? As an added bonus, the yogurt is a bit lighter than mayo.

Cut the ribs into – well, ribs – and help yourself to a plate. Happy Independence Day! 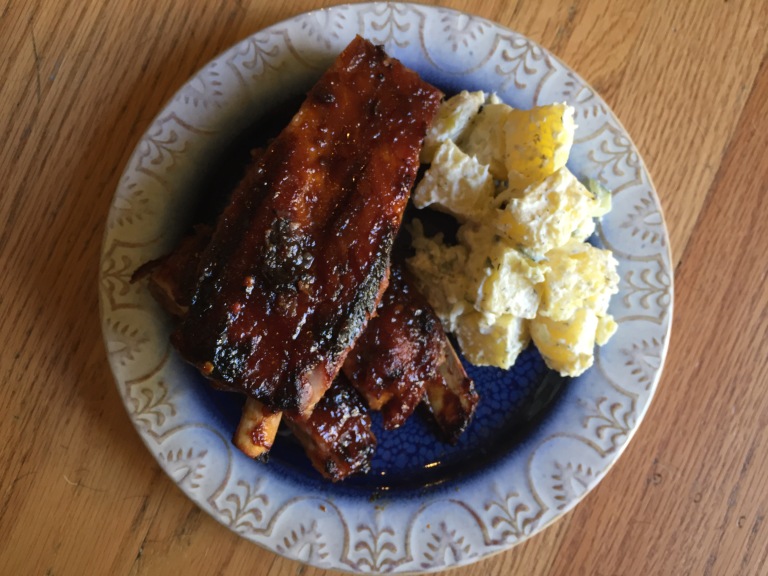